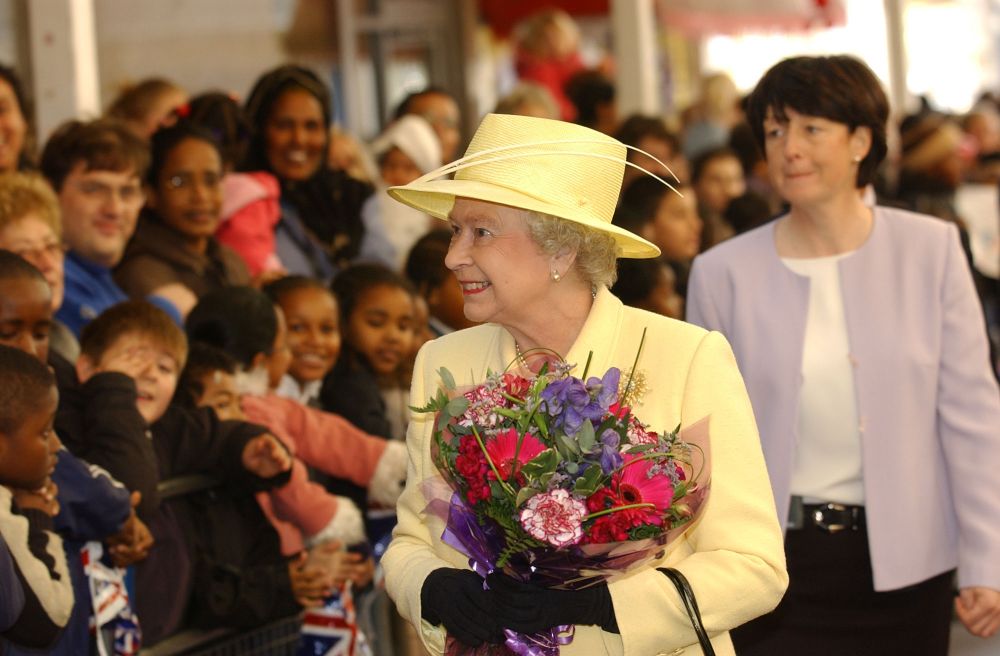 It was with great sadness when we learned that Her Majesty The Queen had passed away at the age of 96.

Her Majesty’s Coronation took place on 2 June 1953 and she graced public life in the United Kingdom with great dignity and courage throughout her reign, while often accompanied by her beloved husband His Royal Highness The Prince Philip, Duke of Edinburgh.

The Queen was no stranger to Enfield and its local community. Her first visit to the borough was on 9 February 1983, when she officially opened a new wing at Arnold House in The Ridgeway, Enfield which is a home that cares for people with physical disabilities.

Just over 20 years later on Wednesday 15 October 2003, we had the great pleasure of welcoming Her Majesty to Enfield once again where she was accompanied by Prince Philip as she toured the market square and chatted to traders.

Her Majesty unveiled a plaque in the floor of Market House to celebrate 700 years of trading in Enfield Market Place.

Her Majesty also visited Fore Street in Edmonton, Salmons Brook and Edmonton Green Shopping Centre where she opened the Edmonton Credit Union in the arcade which aimed to provide financial help for residents.

A visit to meet some of the borough’s youngest pupils at Keyes Meadow Primary School in Enfield Lock was the penultimate stop on Her Majesty’s tour, where she met parents, school governors, staff and approximately 50 excited schoolchildren.

Her Majesty and Prince Philip’s tour of the borough concluded with a four-course banquet at the historic Forty Hall.

Read our news story and tribute to Her Majesty The Queen

The Queen's state funeral will take place at Westminster Abbey in London at 11am on Monday 19 September. The day has been declared a Bank Holiday across the UK by King Charles III.