Enfield greatly benefits from having a large network of watercourses, including rivers, lakes, ponds and canals. Unfortunately, many of the watercourses in Enfield suffer from pollution. This can have a negative impact on wildlife, parks and other public green spaces, and health.

Here are the most common types of pollution affecting Enfield’s watercourses, and what can be done to help.

Enfield’s sewer system is a separate sewer system, where all the foul water (from toilets, washing machines, dishwashers and baths) drains to the foul sewer and is directed to a sewage treatment plant.

Sometimes, the foul or wastewater from our homes will be wrongly plumbed into the surface water sewer (which drains rainwater runoff to the nearest watercourse). This is called a misconnection.

Misconnection pollution in rivers is often smelly and can show signs of white sewage fungus. It does not make our rivers pleasant and the raw sewage can be a health hazard.

The Houndsden Stream has been suffering from ongoing misconnection pollution, which has been a great concern for residents and groups.

Peter Leedham, spokesman for the Pymmes BrookERS Community Group says, “Raw sewage entering the Houndsden Gutter is disgusting for local residents and makes it impossible for wildlife to thrive.”

Dr Sandra Rachman, an Enfield resident says, “The condition of the watercourse (Houndsden Stream) is the worst I have seen it in 20 years. We all have a part to play, Thames Water are actively sourcing the problem and cleaning up regularly. Residents and the general public should protect these resources and take care to not add to the pollution.”

Misconnections are illegal and are the responsibility of the homeowner to rectify. You can find out more about misconnections and how to rectify them at ConnectRight. When replacing pipework, appliances or undergoing house work, such as a new extension, make sure you use a verified plumber. Thames Water can help you find an approved plumber.

In some circumstances, foul sewers may have defects which result in foul water discharging to the surface water sewer. These are called cross-connections and can be a problem in old sewer systems across London. There are over 1,800km of sewers within Enfield and over 20,000 manholes, which makes identifying these issues difficult. However, if problems are identified, the council will work with Thames Water to resolve them on their network.

When it rains the water runs off from roofs and roads, drains into gullies and directly to the nearest watercourse.

The traffic on our roads can generate over 300 different pollutants, such as oils leaking from vehicles, and heavy metals and micro-plastics associated with tyre and brake wear. These settle on the road in dry weather and are then flushed into the surface water sewer network and subsequently our watercourses when it rains.

It can often show up in watercourses as an oily rainbow film or very dirty, black water.

These oils and heavy metals are toxic to wildlife and can be catastrophic after long periods of dry weather when there is high build-up of pollution on the roads. When this pollution drains to a watercourse, it can cause a sudden fall in oxygen and has been the root cause of mass fish-kill incidents in the borough.

It is important to:

It is illegal to dump any waste in watercourses and the surface water sewer network. This includes:

Pymmes Park Lake has been subject to ongoing vehicular oil pollution, which has severely affected the lake’s wildfowl populations (such as swans, geese and ducks). Oils can reduce the water tightness of feathers and can lead to swans drowning due to feather waterlogging. The lake has also experienced cooking oil pollution that reduces the wildfowl’s capacity to insulate themselves, as well as leading to buoyancy issues. The Swan Sanctuary have made countless swan rescues at Pymmes Park.

Gill Walker, The Swan Sanctuary (and Friends of Pymmes Park), says, “I've visited Pymmes Park lake so many times following calls from people concerned about the condition of the birds due to water pollution. The birds live in an almost constant state of mild contamination, interspersed by spells of severe contamination.”

Litter is also a form of illegal dumping. Litter can block river channels and cause flooding. Toxins released from plastics can cause long term effects on the wildlife. Plastics can remain in the environment for hundreds of years. This can cause further harm to wildlife in the form of microplastics that can make their way into the food chain. Microplastics are present in some household products or are the result of the breakdown of larger plastics.

To prevent this type of pollution, you should make sure you are disposing of waste in the correct way, as you may be prosecuted. Only rainwater must go down surface water gullies.

It is important that illegal pollution discharges and dumping are reported to the Environment Agency on 0800 555 111.

You can report fly-tipping and illegal dumping. 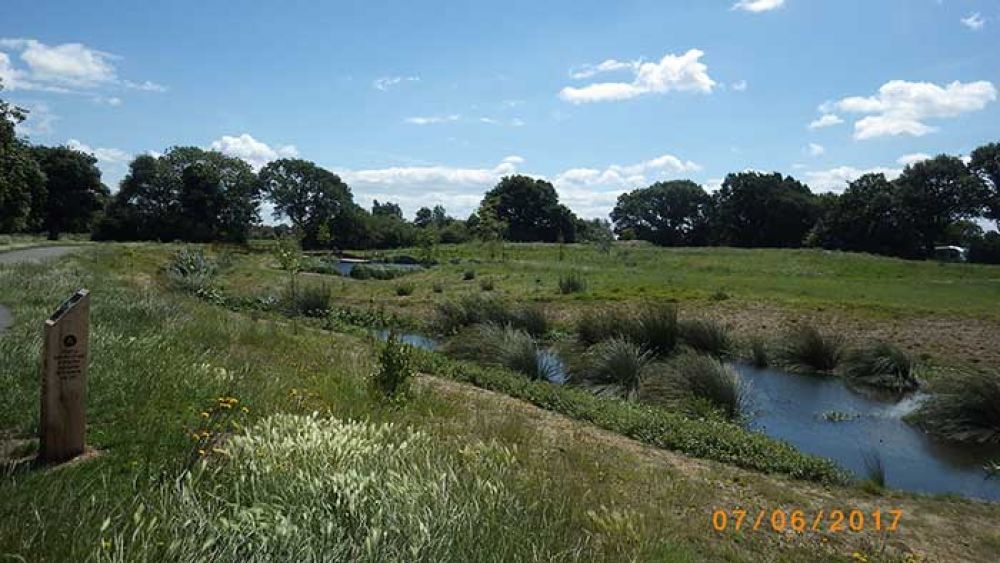 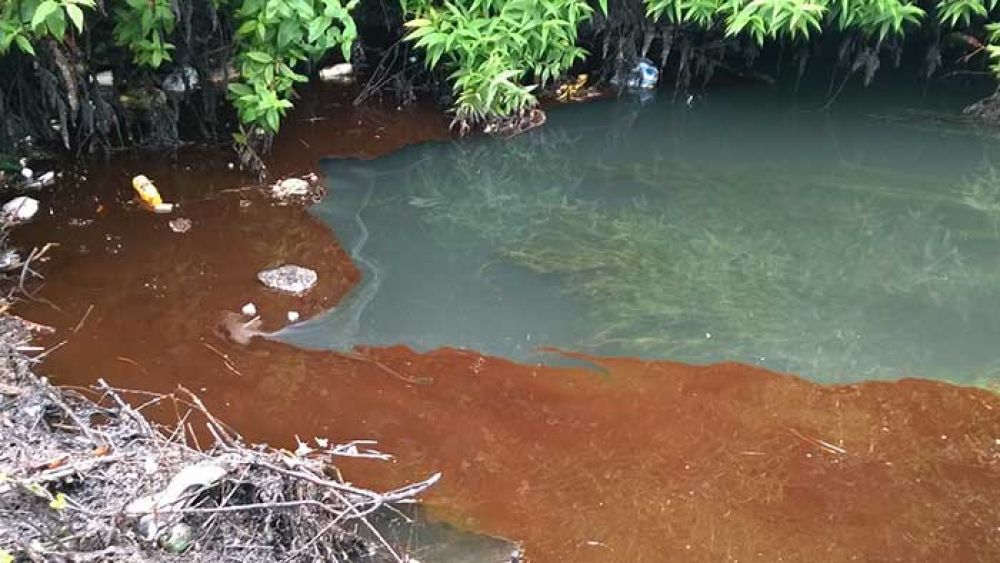 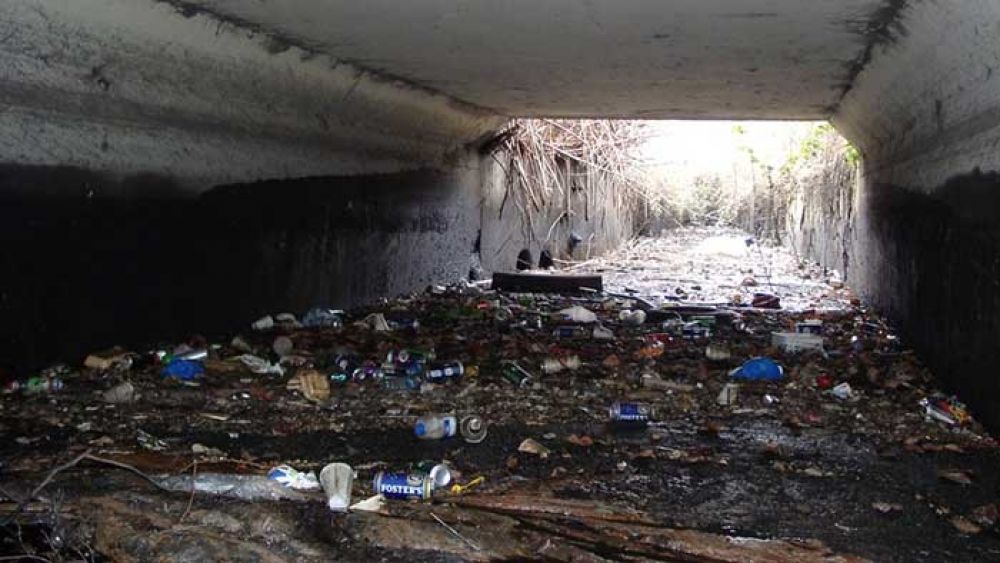 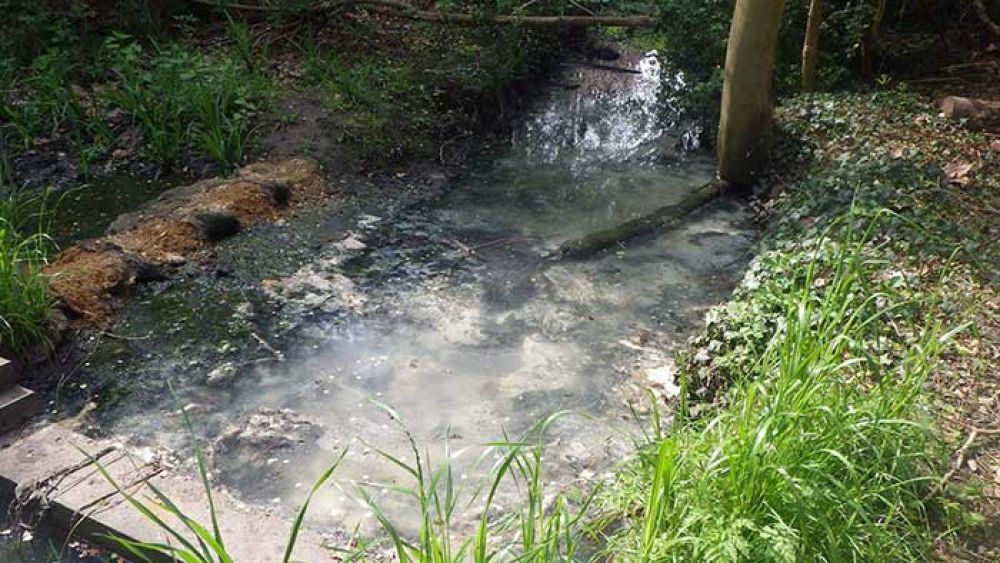 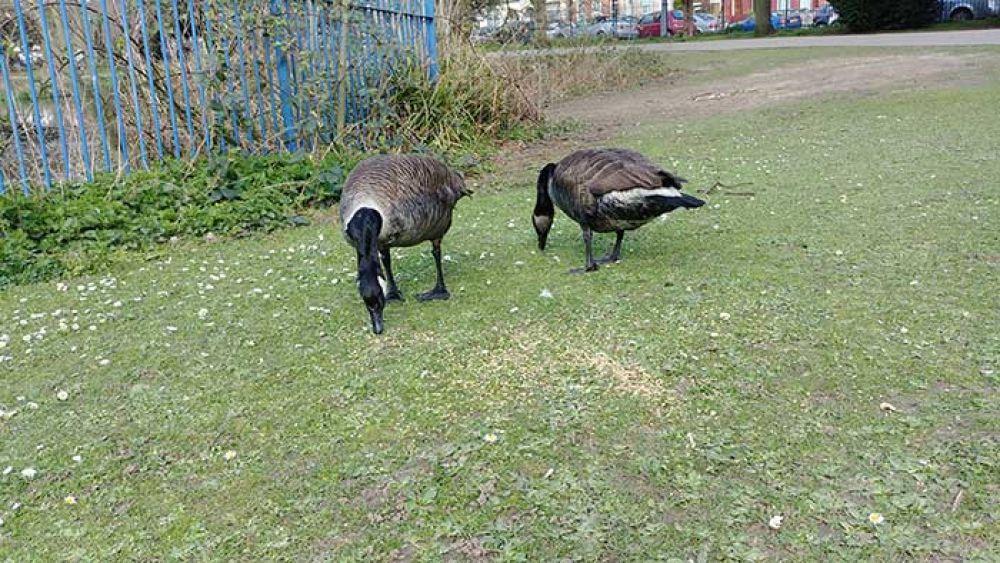 What the council are doing

Enfield Council works with other organisations to try to reduce the impact of pollution on our rivers. We have delivered many wetlands and rain gardens across the borough that help to catch polluted water. Using natural processes, pollutants are removed before they enter our watercourses. They also increase biodiversity and reduce flood risk by storing water and releasing it slowly back into the river network. The Wetlands at Broomfield Park have proven to reduce pollutants in the water by as much as 90%.

How you can get involved

You can help improve and look after our rivers and wetlands. As part of the Restoring Enfield’s Rivers project, Thames21 runs regular volunteering events in the borough, including habitat management, litter clean ups and surveys to assess river fly as a measure of river health. You can find out information on the latest events and activities that Thames 21 run.

You can also get in touch with your local Friends group, who may help monitor your local watercourse, or volunteer-run community groups, such as the PymmesBrookERS who support river improvements of the Salmons and Pymmes Brook, and also host river clean-ups and other hands-on activities.