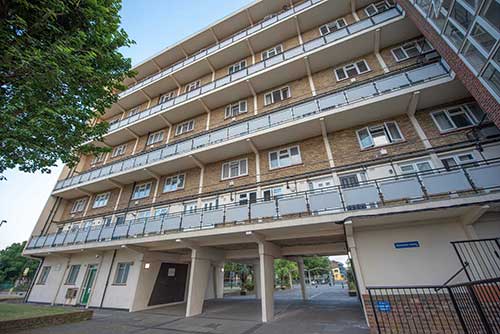 Joyce Avenue and Snell's Park estates are in the southern part of the borough in Upper Edmonton and are close to the boundary with Haringey.

Existing buildings on the two Edmonton estates date back to the 1950s and 1960s.

Enfield Council has consulted on the proposed regeneration of Joyce Avenue and Snell's Park to improve residents' lives and neighbourhood.

Following the consultation, a ballot was held where residents were given the final say over the future of their estate. More than three quarters (78.5%) of the people taking part in the ballot voted in favour of Enfield Council's proposals. This is a strong mandate for the proposed scheme, with a turnout rate of 85.5% representing one of the strongest residents' ballot results in London.

For the latest information on the project, including the deciding residents' ballot, visit Joyce and Snell's.

You can also read our press release.